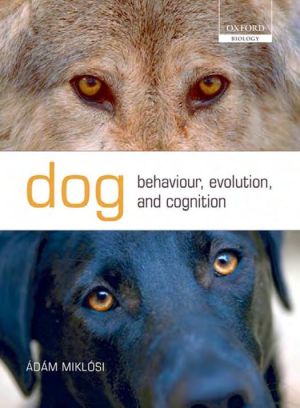 In 1994, after some discussion, we decided to clear our laboratories of the aquaria that had been in use for many years in a research programme on the ethology of learning in the paradise fish (Csanyi 1993). To be honest, the exact reason for this move at that time was not exactly clear to me, but I had no great regret for the research topic because we were the only laboratory studying learning processes associated with antipredator behaviour in this little East Asian labyrinth fish. However, the idea of approaching dog-human social interactions from an ethological perspective did not seem to be much of an improvement in that respect, because literature on the subject was simply non-existent. Thus József Topál, my colleague and friend, and I were a bit uncertain about the future when Professor Vilmos Csányi, the head of the department at that time, began to argue enthusiastically that the study of dog behaviour in the human social context could be very important in understanding cognitive evolution, with many parallels to human behaviour (Csányi 2000). We were told hundreds of causal observations of dog-human interaction (many people would call these anecdotes), and it seemed that the task would be to provide an observationaland experimental background to these ideas. Csányi pointed out that in order to be successful in the human social world dogs had to achieve some sort of social understanding, and very likely this came about in course of their evolution. Accordingly, the social skills of dogs can be set in parallel with corresponding social skills in early humans. I do not know what exactly József thought about all this, but at least he owned a dog