The illustrated book of the dog 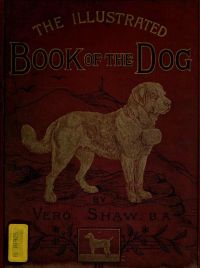 As in former works relating to dogs but small attention has been devoted by the authors to the modes of classification adopted by the earlier writers on the subject, a brief notice of the principal cannot but be of interest. As to later works, in several encyclopaedias there has been an attempt made to classify the different varieties, but such classification has, so far as our observation carries us, invariably been founded on the structural development of the different breeds alone, and aot unfrequently on comparison with the characteristics of other animals, little or no attention having been paid to the various temperaments and capabilities of the several breeds. Visitors to the great shows of the present day, on the contrary, must be struck by the extreme simplicity of the arrangement of the catalogues, which invariably divide the candidates into two divisions, namely, one for sporting, and one for non-sporting dogs. In our opinion this is an ample distinction, for all practical purposes ; since in the present day, in consequence of dogs being so much better understood than they formerly were, the uses and capabilities of each breed are well appreciated by those at all interested in them. Moreover, the large increase in the number of breeds (owing to the manufacture of so many new varieties of late years) has rendered an elaborate classification undesirable, as being likely to complicate instead of facilitating the task of distinguishing between the various breeds. 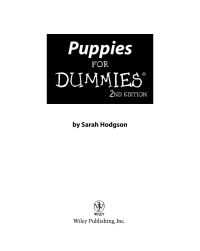 As with raising children, how you manage your puppy’s day-to-day needs, optimize his successes, and deal with daily frustrations will be directly reflected in your puppy’s demeanor. Behind every happy puppy is a support ive, understanding, and nurturing family cheering him on. If you’re feeling overwhelmed with this project now, don’t despair: Puppies For Dummies, 2nd Edition, will give you a whole new outlook, provide easy steps to resolve every frustration, and help you civilize your puppy in no time flat! This book is all-inclusive, providing all you need to know to raise a puppy. From choosing the right breed and identifying a puppy’s temperament to managing your first day and training your puppy through the first year — you’ll find it all here.

A mixed-breed dog, as the name implies, is one that’s a mix of two or more breeds — as opposed to purebred dogs, which can trace their lineage back to purebred parents and grandparents and on and on. Believe it or not, mixed-breed dogs are more numer ous than purebred dogs and, until recently, they were thought of as less-than-ideal pets and companions. But with the new designer-dog hybrid craze, all that has drastically changed. Many people are will ing to spend upwards of $2,000 for a mixed-breed dog just because they know the dog’s parents were purebreds. Even though mixed-breed dogs — designer or not — may not have consistent attributes (like size and appearance), they can make great companions, often with fewer physical problems than pedigreed dogs.

Dogs of all nations

THE world-wide and constantly increasing interest in dogs prompts the author to present in concise form, and at a price within the reach of all, a description and illustration of every variety now known to be breeding true to type. An attempt is also made to group them in Nationalities, though, since it is admitted that the origin of certain varieties is somewhat obscure, no arbitrary lines can be laid down in this respect Originality as to descriptions is not, in many instances, claimed by the author, though where the occasion seemed to call for it, modern ideals have been incorporated in the text. On the contrary, he acknowledges with thanks the services rendered by the following accepted authorities : Stonehenge Count Henry A. Graaf Van Bylandt Theo. Marples Dr. Caius Unless otherwise stated, the maximum sizes of the various breeds have been given. Bitches may be taken as about ten per cent lighter than the dogs. Owing to the exigencies of space the descriptions have been confined to color, size, head, ears, eye, tail and general appearance. Dogs, all the world over, more or less, are intended to be straight and strong on the legs, possessed of well padded feet and in other ways endowed with working qualifications. The author's object will have been attained if the subject, in the form presented, is found acceptable to dog lovers who have not the leisure to study the more exhaustive works on dogs. 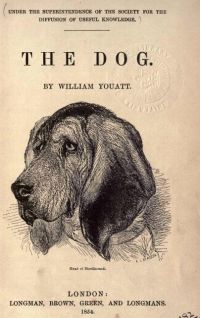 THE DOG, next to the human being, ranks highest in the scale of intelligence, and was evidently designed to be the companion and the friend of man. We exact the services of other animals, and, the task being performed, we dismiss them to their accustomed food and rest : but several of the varieties of the dog follow us to our home ; they are connected with many of our pleasures and wants, and guard our sleeping hours. The first animal of the domestication of which we have any account was he sheep. " Abel was a keeper of sheep." a It is difficult to believe that any long time would pass before the dog who now in every country of 'he world is the companion of the shepherd, and the director or guardian of the sheep would be enlisted in the service of man. From the earliest known history he was the protector of the habitation of the human being. At the feet of the lares, those household deities who were supposed to protect the abodes of men, the figure of a barking dog was often placed. In every age, and almost in every part of the globe, he has played a principal part in the labours, the dangers, and the pleasures of the chace. In process of time man began to surround himself with many servants from among the lower animals, but among them all he had only one friend the dog ; one animal only whose service was voluntary, and who was susceptible of disinterested affection and gratitude. In every country, md in every time, there has existed between man and the dog a connexion different from that which is observed between him and any other animal. The ox and the sheep submit to our control, but their affections are principally, if not solely, confined to themselves. They submit to us, but they can rarely be said to love, or even to recognise us, except as connected with the supply of their wants. 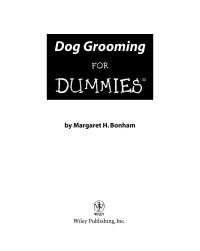 Do you consider your dog a family member? Chances are you said yes before you finished reading the sentence. You’re in good company. Most pet owners consider their dogs as important as other family members or even a child. According to the Association of Pet Products Manufacturers, every day some 44 million households wake up to the loving licks of humankind’s oldest and dearest friend. Dogs have served people as protectors, workers, friends, and partners throughout thousands of years. And yet the role of the dog is changing. A few hundred years ago, not many people would be reading a book about grooming their dogs. Back then, dogs for the most part were outdoor animals that were kept in a doghouse or kennel and treated perhaps a little better than a tool or at best a type of livestock. With the exception of the pampered lap dogs and the few working dogs that shared the master’s home, most dogs had a pretty tough life, usually hanging out in the backyard (if there was one) or running around on the farm. How times have changed! Dogs have moved from outside to inside and wiggled their way into the hearts (and even onto the couches and beds) of their owners. But now that they’ve arrived — so to speak — pet owners want their dogs to be presentable. A dirty dog is no joy; a clean dog is pure happiness. And that’s what this book is all about. You’re no dummy for wanting a clean and presentable dog. A well-groomed dog usually is one that goes places and is better socialized than one who isn’t. You don’t mind having a well-groomed dog around, and you’re friends and neighbors are likely to think how wonderful your dog is because he’s well-groomed. 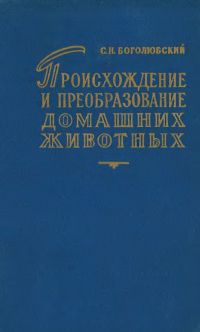 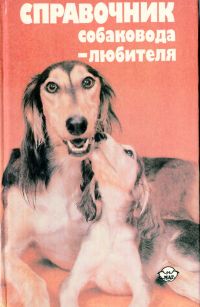 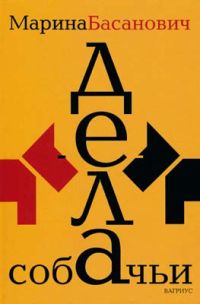 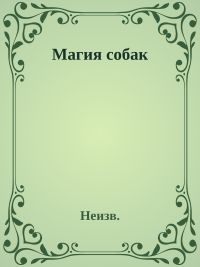 Wilbur often thought of Charlotte. A few strands of her old web still hung in the doorway. Every day Wilbur would stand and look at the torn, empty web, and a lump would come to his throat. No one had ever had such a friend—so aﬀectionate, so loyal, and so skillful (White, 1952, pp. 172–173). Tis book is a practical introduction into the feld of human–animal bonding. It addresses issues and areas of concern encountered by those facing or anticipating the loss of a beloved companion animal. Tis book will be helpful to grieving pet parents as well as to therapists and others who work to alleviate the stress and suﬀering associated with pet loss. A variety of therapeutic techniques are described, and case examples are cited, reminding the reader that a multitude of options aimed at resolution of grief symptoms are available. Until recently, people were cautious when discussing their feelings about pet loss with others for fear their feelings would be discounted or ridiculed. It is now becoming more acceptable for people to discuss, in public, their pain and sadness regarding pet loss. Newspaper and magazine arti cles have addressed the plight of disaster victims who were separated, many permanently, from treasured companion animals during 9/11 in New York and ﬂooding along the Gulf Coast. Stories related to these tragic events have highlighted the role of pet companions as family members and illustrated the heartbreak faced by those who have had the bonds they shared with their pets abruptly broken. In our book, we educate pet parents and the therapeutic and medical communities about the impact of pet loss and strategies for resolution. 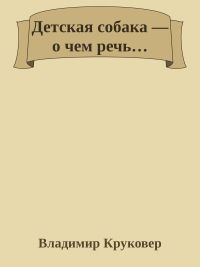 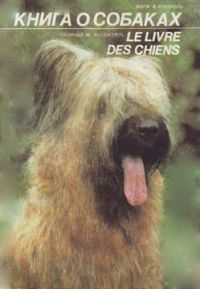 Adopting a Pet For Dummies 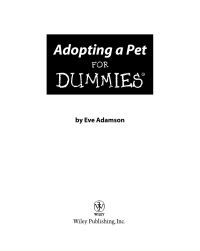